In reality, it was nothing new. Pep Guardiola has used a flexible defensive approach for years, and his use of half-backs – those who push inside from a full-back position to a central midfield role – has become a standard part of his approaches with Bayern Munich and Manchester City.

Still, there are times when you have to step back and appreciate Guardiola’s boldness. In the 3-1 win over Leeds last night, he used a three-man defense that spanned the width of the pitch, a central midfielder in Rodri who often fell at centre-back but also moved forward to score the opener, and a league debutant to Rico Lewis as a midfielder and right-back. The main thing, of course, is that everything worked perfectly.

On paper, Guardiola was using a back four, comprising 18-year-old Lewis on the right, John Stones and Manuel Akanji in the middle, and Nathan Ake at left-back. But that was City’s form without the ball, which isn’t particularly relevant when they had 69 per cent possession.

On the pitch, of course, it was something different. Leeds played an extremely tight 4-3-3, trying to dominate the center of the field and prevent City from going through the middle. Stones pushed to the right-back and Lewis drifted inside – you can see him near the center spot in the screenshot below. City played, as they often do, with a 3-2 defensive base… 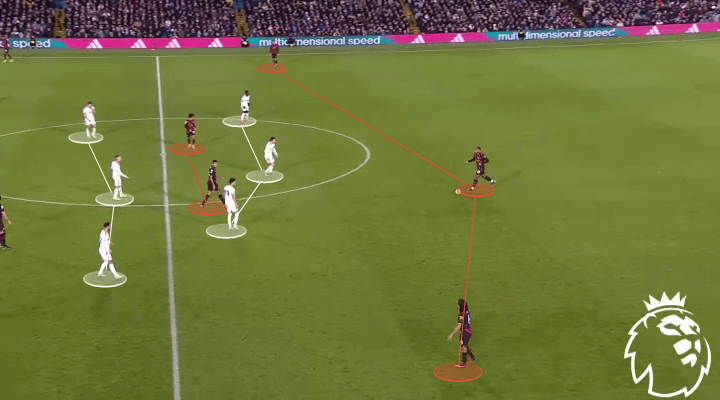 …and then, further forward, something approaching a front five. Ilkay Gundogan and Kevin De Bruyne could be considered part of a midfield, but they were pretty much on the same line as City’s front three. 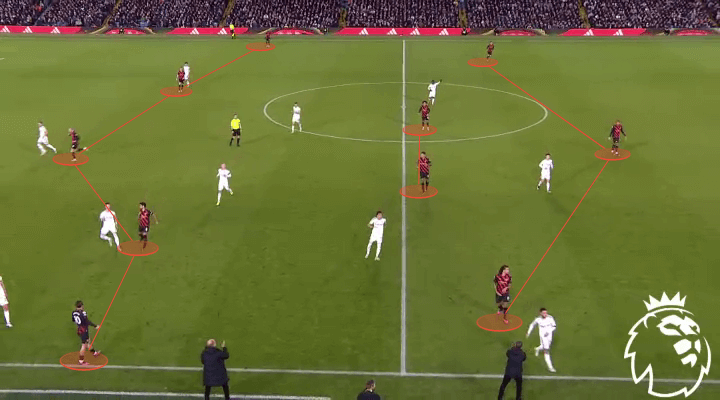 And some of the forms City took on were extraordinary. Here’s an example of Stones and Ake, the two wider defenders in possession, pushing past Rodri and taking turns to carry the ball forward, exploiting Leeds’ tightness. 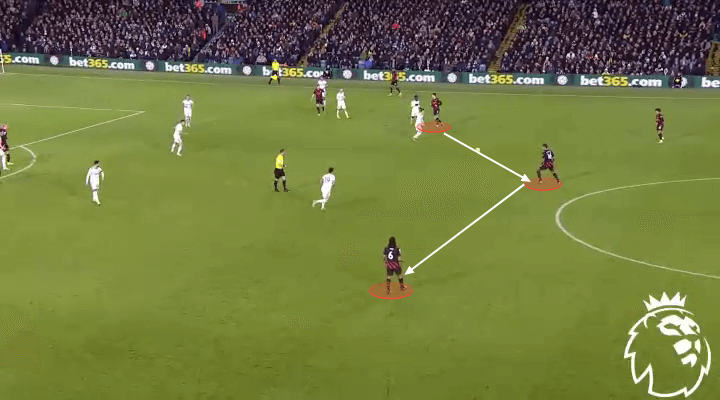 Here is Rodri who passes in defense, to the right of Akanji… 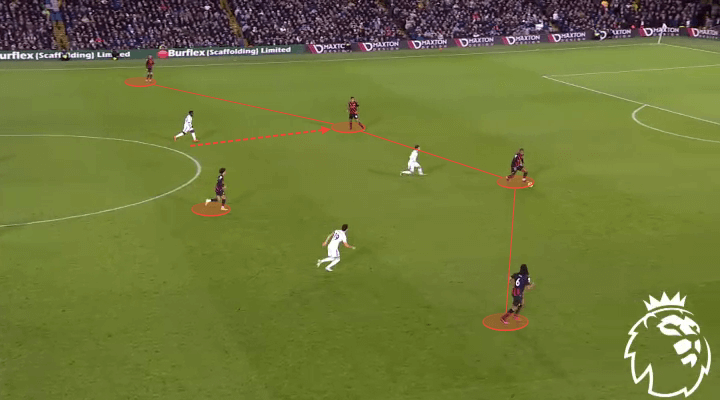 … then back to the left again, making a back four to help City play around Leeds’ front three and allowing Stones and Ake to move further. The particularly daring thing here, of course, is leaving Lewis entirely alone in midfield. 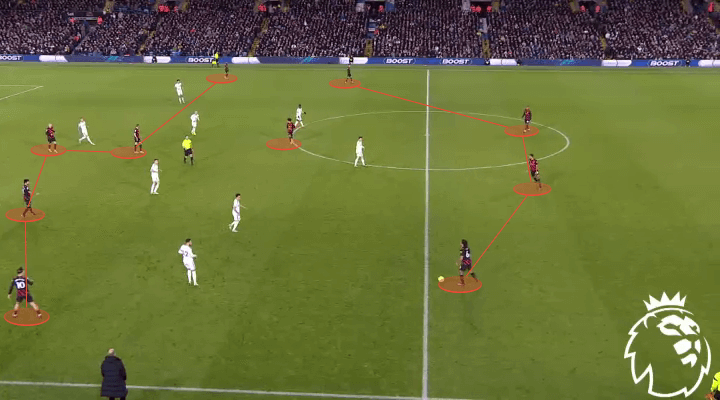 The next move, when City pushed their way out of the Leeds press after 15 minutes, was particularly impressive – not just because of the smooth passing, but because of the positioning of the respective players.

Akanji, in theory the most “fixed” defender as a central of the three, is on the ball at left-back. Stones, who spent most of the game near the right sideline, is turned to the flag from the left corner. Starting midfielder Rodri is briefly the most obvious defender, while left-back Ake is tucked alongside central midfielder Gundogan. 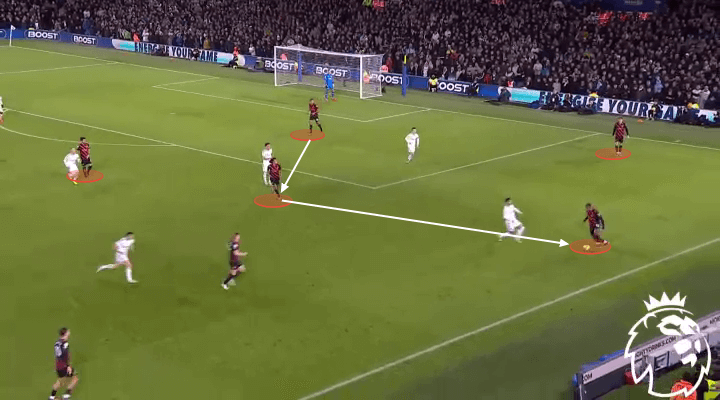 The most interesting individual performance came from Lewis, who definitely feels like something new.

While Guardiola has previously converted full-backs accustomed to playing as ‘natural’ full-backs, advancing down the flanks, Lewis was apparently trained at City’s academy specifically to play this role.

He has spent more time in midfield than at the back and feels more comfortable than Kyle Walker or Joao Cancelo when it comes to receiving forward passes in tight spaces, on the turn and to play another forward pass. 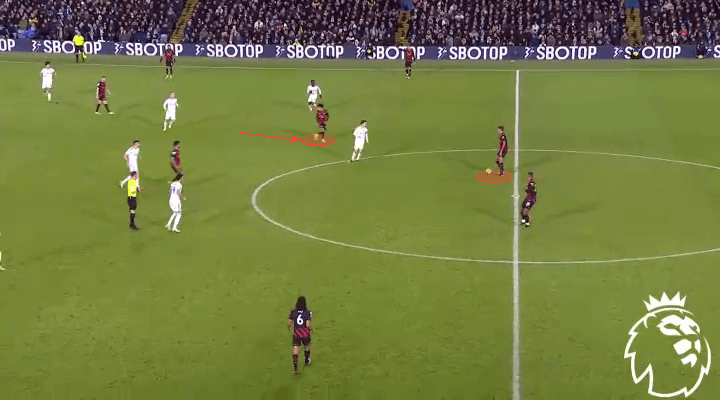 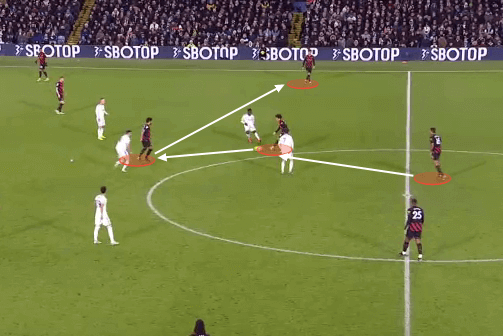 He is excellent at scanning the pitch when the passer plays the ball to him and flicks the ball quickly and easily past his opponents, in the mold of a Spanish midfielder more than an England full-back. 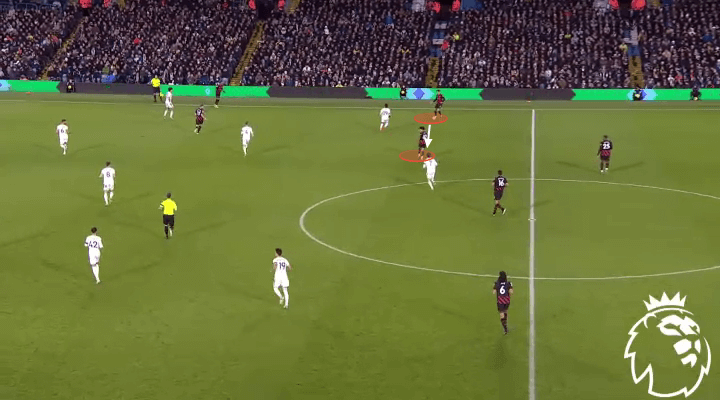 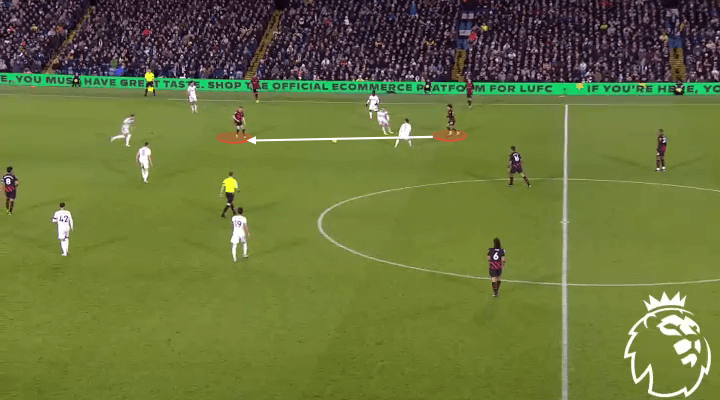 His distribution was generally orderly rather than expressive, but on a few occasions he received the ball in the center and then spread it out to the flank, forcing Leeds inside and then outside. 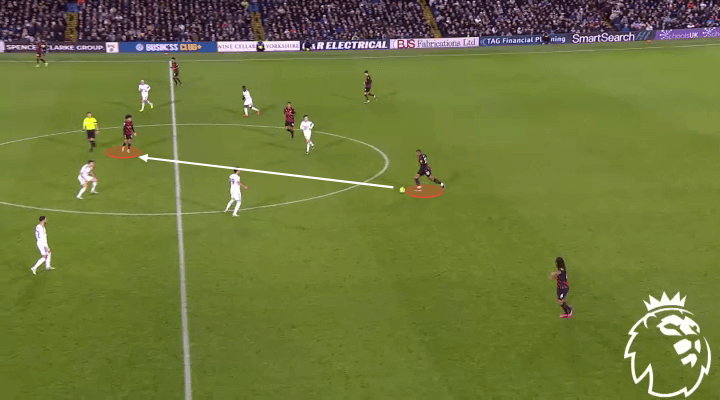 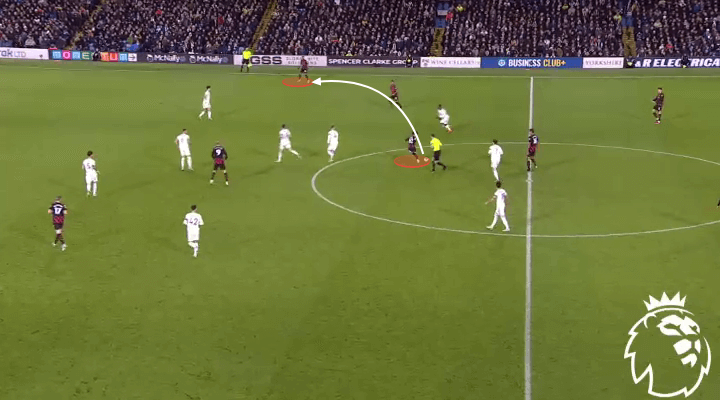 And he’s also capable of overlapping if needed – here, as City built a move down the left channel, he sprinted forward to give Riyad Mahrez an option on the outside, before moving downfield to that Kevin De Bruyne has a shot from distance. 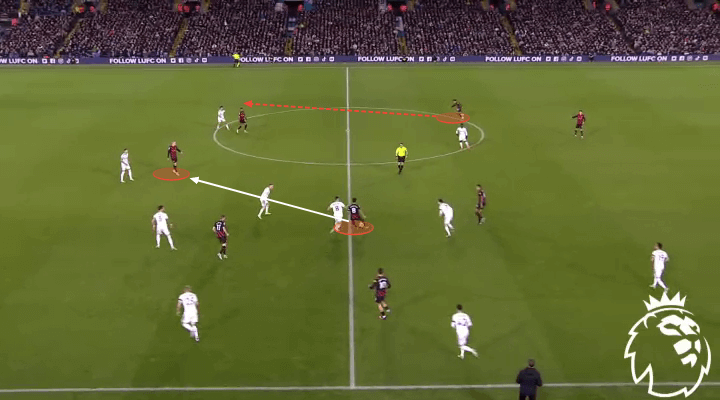 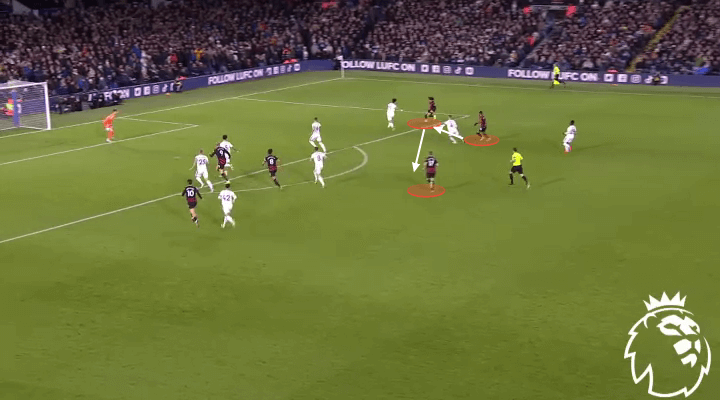 The tricky thing about Lewis’ role may be defensive transitions when City lose possession. Lewis is not in a natural position to face an opposing left winger, but because Leeds were playing so tightly, Lewis’s job was quite simple – to follow Wilfried Gnonto’s run. 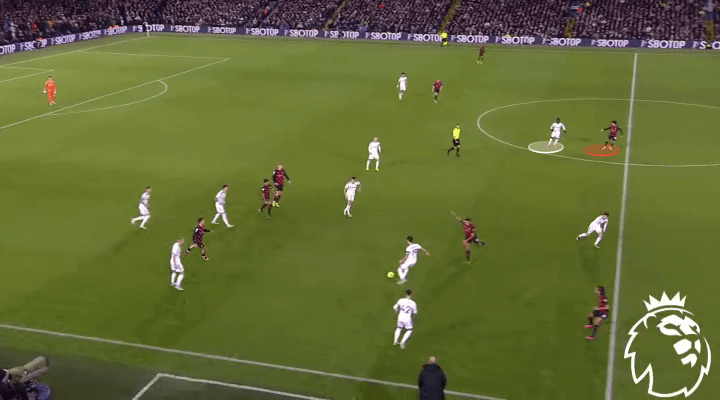 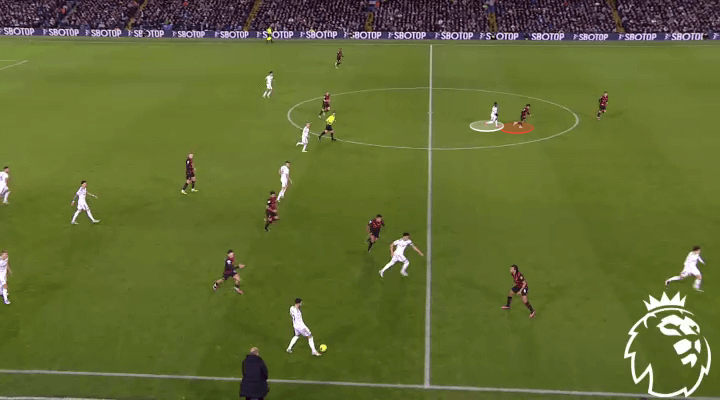 The trickiest task was for Stones, whose positioning was so forward and wide that slipping inside into a centre-back role could have been difficult – he has to go from outside Lewis to inside him . Leeds were sloppy in turnovers and failed to exploit any space between City’s defenders. 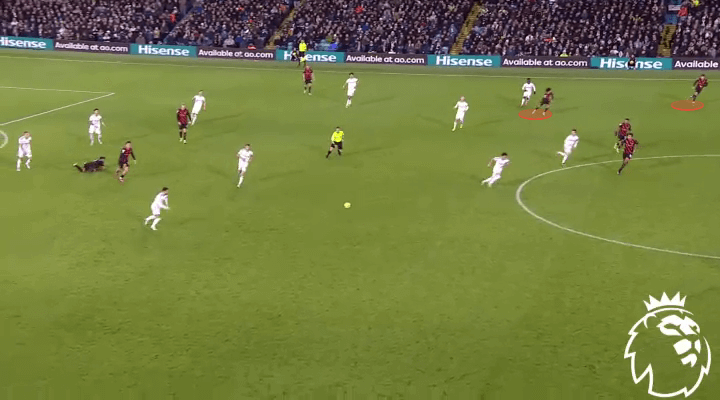 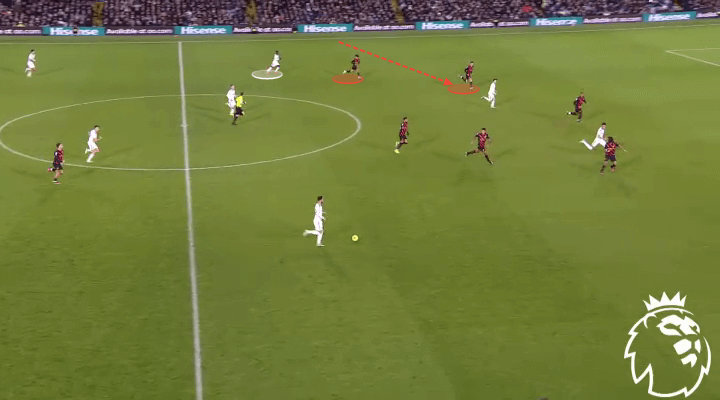 It’s also worth considering the importance of recovery pace when playing the Stones role and Walker is probably now more suited to that position than the Lewis role.

In the end, City won this game through a quick break and then high pressure, rather than moves resulting from build-up play in deep positions. But they controlled possession well, trailed Leeds, exploited space in the distance and protected against counterattacks.

The biggest bright spot was Lewis, who was at the heart of it all and deserves to keep his place for Everton’s visit on New Year’s Eve.

It remains to be seen if he will be used in the upcoming clashes with Chelsea, Manchester United and Tottenham. But on this evidence, he symbolizes Guardiola’s new approach that we take for granted and could soon be seen as a new breed of player.