By Patrick Djordjevic For Dailymail.Com

Orlando Magic’s Moe Wagner was apparently knocked out in a scrimmage between the Detroit Pistons and the visiting team on Wednesday night.

Wagner appeared to be briefly knocked out with a punch to the back of the head after starting a fight that led to three ejections on Wednesday night in a scene that sparked memories of a nasty fight in Detroit a while ago. 18 years old – The Malice at the Palace.

Wagner was ejected for a flagrant foul, alongside Detroit’s Killian Hayes and Hamadou Diallo, who were also ejected for their actions in the ensuing brawl. Detroit managed to win 121-101.

Hayes swung his right arm and punched Wagner, who collapsed and appeared to be momentarily unconscious. This followed a hip slap from Wagner on Hayes who stood up angrily and reacted forcefully. 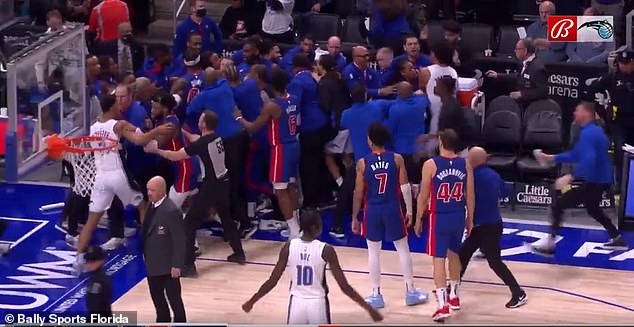 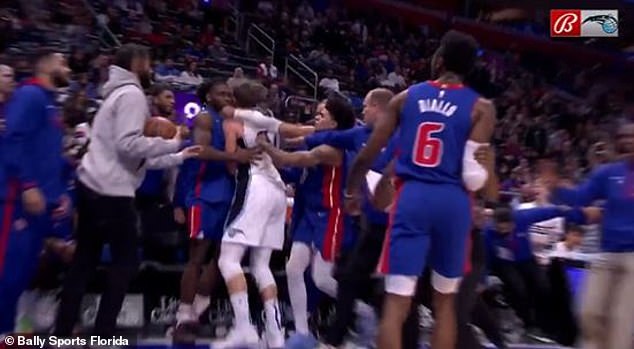 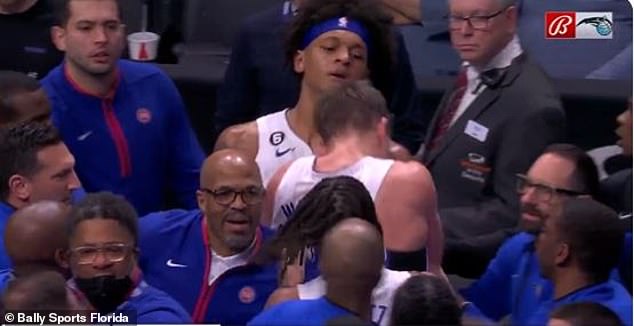 After the game, Wagner’s younger brother – and Magic teammate – Franz confirmed to AP that his brother was “fine”.

“I haven’t seen the video,” he said. “But I know that’s the last thing he wanted to do.”

With 34 seconds left in the first half, Wagner and Hayes chased an errant magic pass into the backcourt. Wagner knew Orlando would be called for a backcourt violation as soon as he touched him, and as he slowed to let him out of bounds, Hayes attempted to pass him along the sideline.

The check of Hayes by Wagner on the Detroit bench was the trigger for the fight which involved all the players of the two teams. 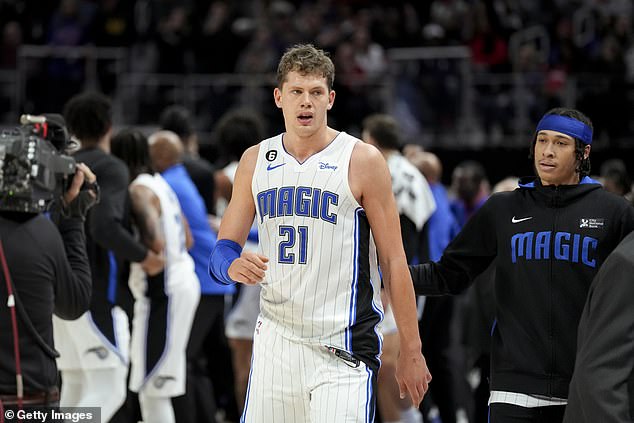 The Pistons overcame the double ejection to beat the Magic 121-101 and in doing so ended a six-game losing streak.

Many Orlando players could be suspended for coming off the bench in the first-half altercation.

“I need an explanation on the decision because I understand you can’t leave the bench area and make a situation worse,” Pistons coach Dwane Casey said after the game. “That’s when really bad things can happen.” 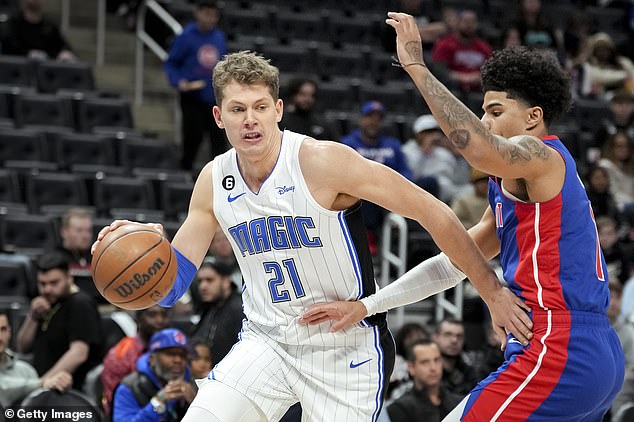 “We know the rule, but things like that usually happen on the pitch, not on one of the benches,” he said.

“Your concern is that your teammate is out there among all the other team.”

With memories of 2004’s The Malice at the Palace – where fans belonged in the smash – fresh in the minds of many inside Little Caesars Arena, the Pistons announcer made sure nothing like wouldn’t happen.

‘Stay where you are. As soon as you move out, you’ll go to jail,’ he told the AP.